Since Sri Lanka's three-decade-long civil war ended in 2009, the government has pursued ambitious economic policies in attempts to spur growth on the island. Sri Lanka's economy expanded by 8% in 2011, and after a slight lull in growth due to weak external demand, is expected to grow at an average of 7.7% a year through 2016. Economic growth will be concentrated among investment in reconstruction efforts (particularly in the north and east), large infrastructure projects, real-estate development, and assorted business investment as companies seek to capture market share amid rapid economic expansion. Private consumption, fuelled by rising incomes and consistent flows of remittances, is also driving economic expansion. Sri Lanka's 91% literacy rate and life expectancy of 75 years rank well above those in the region (including India, Bangladesh, and Pakistan), making the labour force attractive for both manufacturing and service jobs, which already compose 57 % of GDP. 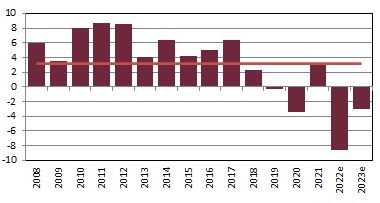 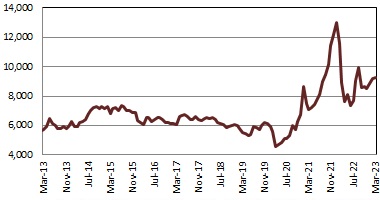 The CSE has a market capitalization of USD 10.3 billion as of November 2022.