Following the recent democratization measures, including the release of hundreds of political prisoners, cease-fire agreements with ethnic rebels, and the incorporation of long-time human rights champion Aung San Suu Kyi into the political process and the general elections held on 8th November 2015, which resulted in a landslide victory for Aung San Suu Kyi’s party, it is apparent that Myanmar is determined to become fully integrated into the international community. After being isolated for the better part of the last three decades, Myanmar is emerging as a potentially high growth target market for private equity investment due to its abundance of natural resources, including oil and gas, attractive tourist destinations, and young, well-educated labor force eager to work at regionally-competitive wages. These attributes, coupled with its strategic location bordering China, India, Thailand, and Laos, provide Myanmar with the potential to emerge as one of the most dynamic economies of the twenty-first century. 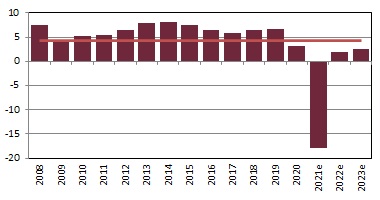 The country's first stock market was the Rangoon Stock Exchange (RSE), which traded shares of a few British and American stocks in the 1930s. The fledgling exchange, operated by seven European firms, was a secondary OTC market with most of the quotes sourced from Calcutta and Bombay exchanges. It closed down at the outbreak of World War II. The RSE was revived in the late 1950s to trade shares of nine public-private joint venture corporations. But this OTC market too died in the 1960s when all the firms were nationalized by the military government that seized power in 1962.

In June 1996 the Myanmar Securities Exchange (MSEC) was established as a 50-50 joint venture between Daiwa Institute of Research Limited (the core information-generating arm of Daiwa Securities group) and Myanma Economic Bank with an authorized capital of 17 million USD and paid-up capital of 3.4 million USD. However, the MSEC did not have great success. Employees who handled over-the-counter transactions manually updated share prices using a whiteboard, a marker pen, and a stencil whenever a customer dropped by. Indeed, most people did not even know that the market existed at all. State-owned and private enterprises alike have chosen not to list. Their reasons include the firm's fear of tax liability, fear of loss of control and unfamiliarity with the corporate culture. The exchange-listed just two companies, Forest Products Joint Venture Corporation Ltd. and Myanmar Citizen Bank Ltd. and was considered the world's smallest, if not most primitive stock exchange at that time.

Since 24th March 2020, foreigners have been allowed to invest in the stock market (currently in 5 out of the 7 listed companies). On 15th September 2020 it was further announced that a second exchange or pre-listing board will be set up for the purpose of trading shares in public companies that have yet to meet the criteria to be listed on the Yangon Stock Exchange (YSX). However as of November 2022 no company was yet listed on the pre-listing board.

As of November 2022, 7 companies were listed on the YSX and the market capitalization was USD 332 million.

Strategically located between India and China