With over 160 million people, a young and cheap labour force and a strategic location between India and China -- two of largest engines of global economic growth over the past decade -- Bangladesh maintains strong prospects for extended economic growth. The extent of Bangladesh's growth will largely depend on its leaders' ability to improve economic and diplomatic ties among its neighbours. Completion of a highly anticipated Indo-Bangladeshi free-trade agreement will help spur Bangladesh's already surging garment, pharmaceutical and software industries. Bangladesh has also begun to construct large infrastructure projects, such as electrical power plants, to address domestic and regional energy needs. In addition, with 50% of its workforce in the service sector, Bangladesh has the potential to become an offshore centre for outsourcing, which would help to further diversify its economy. 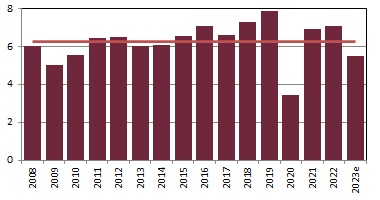 Bangladesh holds two separate stock exchanges, the Dhaka Stock Exchange (DSE - established on 28th of April 1954) and the Chittagong Stock Exchange (CSE - established on 4th of November 1995). The DSE was first incorporated as East Pakistan Stock Exchange Association Ltd on 28th April 1954 and started formal trading in 1956. It was renamed as East Pakistan Stock Exchange Ltd on 23rd June 1962. Again renamed as Dacca Stock Exchange Ltd on 13th May 1964. After the liberation war in 1971 the trading was discontinued for five years. In 1976 trading restarted in Bangladesh, on 16th September 1986 the DSE was started. The automated trading was initiated on 10th August 1998 and started on 1st January 2001. A Central Securities Depository System was initiated on 24th January 2004. 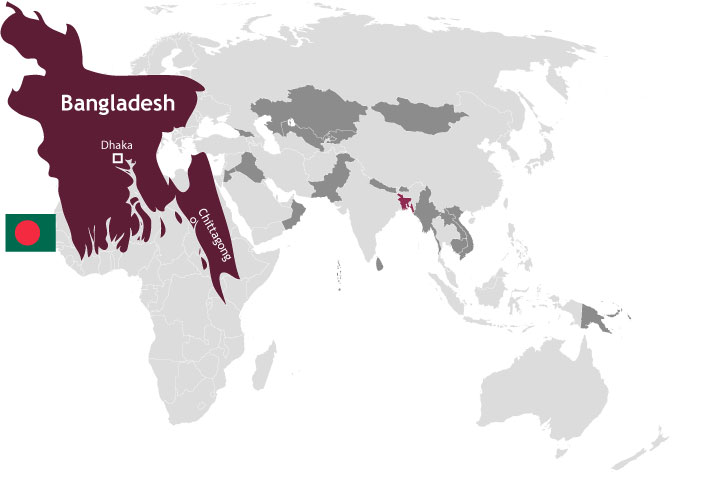