GDP growth rates in Asian frontier markets are significantly higher than in other regions. These superior growth rates are due to higher industrialisation, increasing exports and greater consumption resulting from very favourable demographics. Countries such as Bangladesh, Myanmar, Uzbekistan and Vietnam are expected to post robust GDP growth rates of 6-7% over the next five years, making them amongst the fastest growing globally. 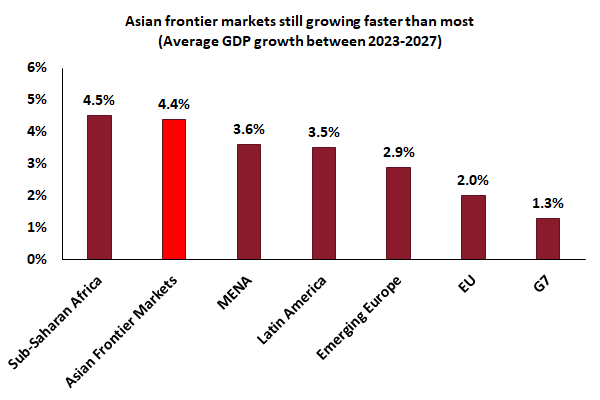 Another attraction of Asian frontier markets is their favourable demographics with a large young population with rising disposable incomes. Countries such as Bangladesh, Pakistan and Vietnam are amongst the most populous globally, and this allows investors to participate in increasing consumption through investments in automobile, consumer staples, healthcare and modern retail companies. 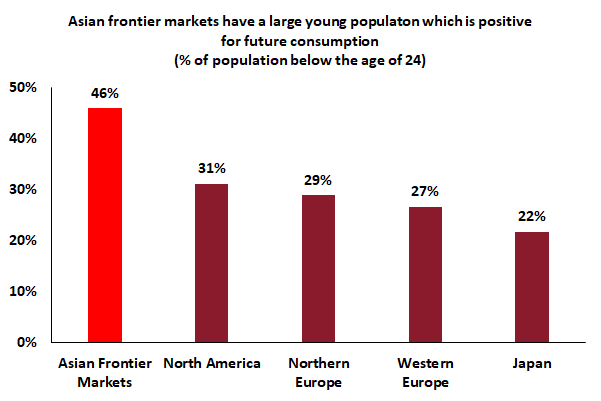 This is one of the most important trends playing out in Asian frontier markets. Higher labour costs in China and other high-cost locations has over the years led to a shift of manufacturing activity into lower-cost destinations like Bangladesh, Cambodia, Myanmar and Vietnam. Bangladesh is now the second-largest garment exporter globally while Vietnam is transforming into a hub for electronics manufacturing with Samsung assembling a majority of its smartphones in Vietnam. Trade tensions have also played out positively for markets such as Bangladesh and Vietnam as they both have witnessed increased orders from the U.S. as well as more factory relocations from China. 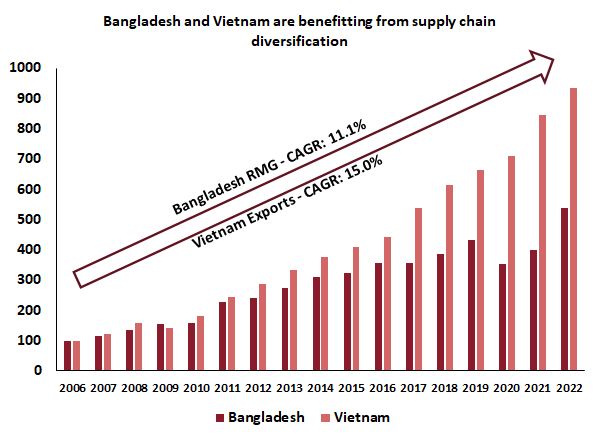 Since Asian frontier markets are relatively under-researched and at times misunderstood, valuations are not demanding and allow investors to take a longer-term view for a company’s or economy’s growth to play out. As can be seen in the chart below, Asian frontier markets are trading at big discounts to their emerging market peers despite having prospects for sound earnings growth going forward. 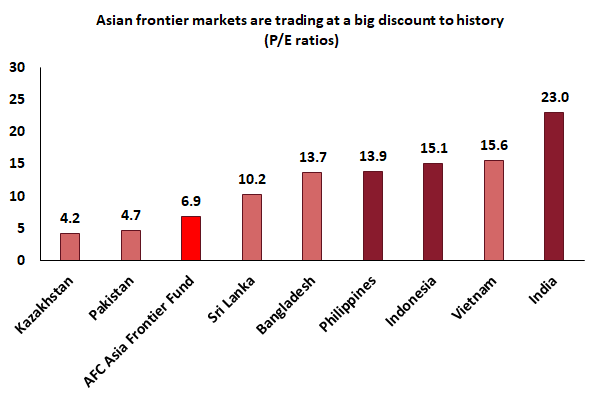 Frontier markets in Asia have historically displayed low correlations with developed markets while some markets such as Bangladesh and Iraq have a very low correlation with the MSCI World Index. This kind of diversification is not available in other equity asset classes and provides much-needed diversification for investors. 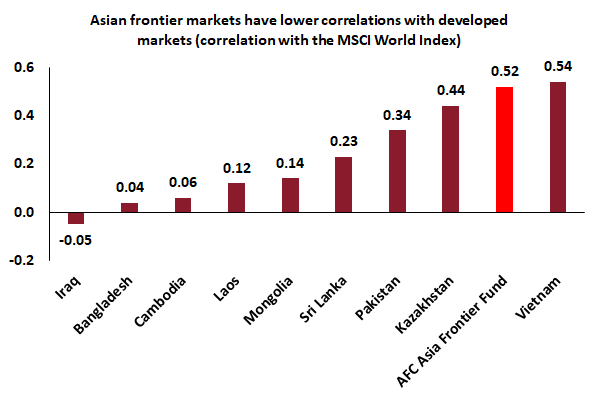 (Source: Bloomberg, since inception, based on monthly data, as of 30th November 2022)

For further information on our funds, click one of the links below: